How to Master and Improve the Ability of Hero Mobile Legend

One of the games that are quite popular and widely played, especially in the territory of Indonesia, is Mobile Legends. In the Mobile Legends game, there is indeed a lot of fun that can be found.

Especially in this game later you have to fight real enemies. Therefore, to be a winner in this one game, you must be really good at playing. The ability of the players here will be very decisive, but apart from that, the ability of the hero used is no less important.

That's because the Hero can determine the end of the match. That's why besides you having to improve your ability to play, you also need to master the Hero and improve the abilities of your Hero. That way you can fight to the fullest. 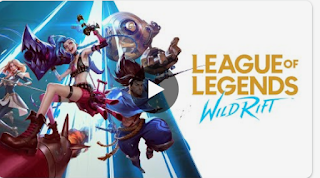 How can it be done to master and improve the ability of the hero?

The first way you have to do is to strengthen the emblem. By strengthening the emblem, automatically your Hero will also get stronger. With the level of the emblem getting higher, it will be directly proportional to the strength of the Hero you are using.

It is known that in Mobile Legends there are several sets of emblems that can be used. These include magical, physical, jungle, tank, assassin, fighter, support, and madman. To strengthen the emblem set, then later you can use a matrix emblem or chest emblem. In addition, you can also use magic dust to strengthen the emblem.

The higher the level of your Mobile Legend account, the more you can open spells. You can use these spells during the match and use them to cover the shortcomings of your Hero

One of them is when you use a Hero who does not have the skills to escape from the enemy. For example, Laila. You can overcome this weakness by using Spell Flicker to avoid enemy attacks.

Therefore, here you need to play your account often. That way your account will go up even faster, so you can open more spells and be able to use them.

To be able to master the Hero and improve his abilities in this gameplay. Then the next step you need to do is buy a skin. This additional attribute is indeed something that is really needed because the use of skins is quite capable of helping in increasing the strength of your Hero.

Therefore, for you a gamer who likes and likes to play this game. Don't forget to buy the skins you need to make the game optimal.