How to Become a Professional Mobile Legends Fighter

Teknoto.Net - Mobile Legend is one type of game that is increasingly in demand by gamers around the world. This is no exception here in Indonesia itself. This Mobile Legends game often offers fun that is impossible to get when you play other games.

In this review, we will give several ways that you can do to make yourself a truly professional Mobile Legends fighter and be feared by opponents. Because the fighter's role is more to kill the opponent's Core or destroy the turret.

The following are some of the things you need to do so that you can become a really best and most professional factor player, including: 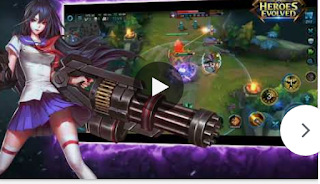 What Do You Need To Do To Become A Professional Mobile Legends Fighter?

Whatever role hero you want to use in the future, make sure first for you to learn and play a lot with the Hero. Which is better you can see the tutorials on the internet. For example on youtube to find out how to use the Hero, and what skills it has.

Furthermore, you can also practice in the practice menu of practical customs. You need to find out all the information about skills so that later you can be able to maximize the use of Hero.

Learn to Play All Hero Fighter

To become the best and most professional Mobile Legends fighter. So here you also need to master more than one Hero fighter. Because when your favorite Hero is picked, you can still use other heroes.

You also need to master other Hero roles as well as fighters. So when you have no other choice, then here you can still play very well.

After killing the hero core you can also run away a few steps. Then you also need to be prepared to kill other heroes when the skill is open again.

To become a professional fighter, here it is mandatory for you to be able to read the map and the movements of your opponent. So that way you can know when to run away and when to steal the opponent's ML Hero.

Learn to See the Situation

A professional Mobile Legends fighter must be able to read the situation of the match. For example, when the hero in the mid often dies, then here you can consider going to the mid to help.

After that, you can come back again. Or you can also choose to destroy the turret when the opponent often leaves the lane.

Well, those are some ways that you can understand and do when you want to become a professional Mobile Legend fighter, hopefully it will be useful.

0 Response to " How to Become a Professional Mobile Legends Fighter"