Teknoto.net - The game that is still a favorite for many people is Mobile Legends. The game is indeed capable of presenting excitement. In addition, it also provides income of up to hundreds of millions of rupiah for the players in each championship held.

Therefore, it is not surprising that many people are starting to look for information about how tips and tricks to play Mobile Legend with the aim of becoming better at it. Meanwhile, perseverance, hard work, and a strong commitment are things that are very much needed in the game, in order to reach that point.

In addition, the selection of gadgets that support plays a big role in supporting your playing style. For more details, the following will be reviewed in full about how to be good at playing Mobile Legends you need to know. This time, we will explain some guidelines for playing mobile legend games, including: 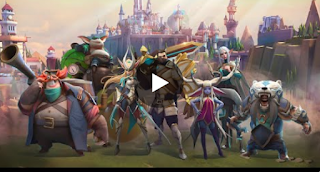 What are the guidelines that need to be understood in playing Mobile Legends?

So that later you are much more proficient in playing Mobile Legends, then here you need to practice regularly. However, make sure the exercise time does not interfere with your other activities.

To make it easier for you, you should make a regular exercise schedule. Sometimes you also need to practice using new heroes and play together with people or those who are not used to being on a team with you. Getting in the habit of practicing outside of your usual situations, it will hone your skills.

Having 1 mainstay Hero to play is indeed a good step. But here you can not only rely on 1 method. Because there will be moments when you have to use another Hero. For that, at least you need to master some heroes.

By mastering many heroes in the game, of course, you will be able to make yourself more proficient in playing Mobile Legends. That's why from now on you should start trying some heroes that are rarely used by people or maybe never thought of using in the game. That way, you will be even more difficult to beat.

A great mobile legend game player is those who have a good mentality in a game. This really strong mentality will later be able to make you able to keep playing very well. Keep practicing to always focus on the game and don't be easily provoked by the opponent's attitude.

In addition, it is important that you always respect the team and the other players. Avoid blaming each other or feeling the most right in a team. Having a bad mentality like that will certainly make the cooperation within the team disperse and the chances of winning will be even smaller.

Use the Right Combination of Heroes and Items

Before competing, the strategy you need to do is to find the most appropriate combination of Hero and items. Don't forget to always be diligent in upgrading the emblem. So that it makes the hero use more power.