Teknoto.Net - Playing PES is sometimes a fun thing, but sometimes it can also be something that makes you emotional. Especially when, for example, you keep losing in a match plus being liked by friends.

To become someone who is good at playing PES, at least there are a few tricks you can learn. This trick, of course, needs to be practiced and will not automatically make you good at it.

So, what are the tricks that can make you good at playing PES, especially on the PS4 console? Here are some tricks you can do, including:

What are the tricks that can be done to play PES PS4? 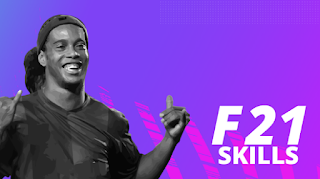 In the world of PES, the ability to dominate players is very important. This is useful with the aim that the ball that your player holds is not easily snatched by the opponent. This ability is of course related to your agility to play the stick, especially analog controls.

The more you can master the analog, the more difficult it will be for the ball to be snatched from your player's control.

There is no special training for this skill, there may only be habits and also your flying hours in the PES world. So, find out for yourself how to master it in your own way as comfortably as possible.

Each club has different players and characteristics of the game. There are clubs filled with high-speed players. There are also clubs whose players excel in terms of balance or body strength.

You have to determine whether you are someone who likes to play fast or play slow. After that, you just determine the team that suits your game.

Don't be a fan of the club in the real world. For example, if you support Liverpool in the real world, it doesn't mean you have to use Liverpool when you play in PES. You can use other teams like MU, Barca, and Madrid even though in real life you hate them.

Looking for the Right Formation

After determining the right team, don't forget to use a formation that fits your game philosophy. If you like balance in the game, then use a 4-4-2 formation or for example 3-5-2. If you like counterattacks, use a 5-3-2 formation and the like.

Meanwhile, for example, if you like fast and attacking games, then you can use a 4-3-3 formation which will focus more on the attack on the wings by taking advantage of the speed of the players you have.

For this point, you can practice against the computer with the highest difficulty level or look for an opponent whose game is better than theirs. With that, your skills will also increase over time.

Meanwhile, PES actually supports you to find real match opponents online. It's just that this one feature is difficult for us to get, especially if you only play PES at rental places.

As cover. Playing PES is okay as long as you don't forget your obligations to go to school, work, worship or help your parents.

Everything must be adjusted to the portion of the time you have. Do not let you lose your youth by doing things that will not be of value to your life in the future. That's what we can describe, and hopefully, this article is useful.