How to play the Mobile Legends game on your own

Teknoto.Net - With the development of technology that is increasing rapidly nowadays, online games are also increasingly being carried out. In this case, there are lots of online games that can make you feel excited to play them. One of the most popular and widely played games is Mobile Legends.

Mobile Legends is a battle royale where later you will fight together in a team to fight other teams. Then the question that arises then is whether you can play alone in Mobile Legends? To get the answer, then you need to listen to the reviews below.

What's the Right Way to Play Alone in Mobile Legends? 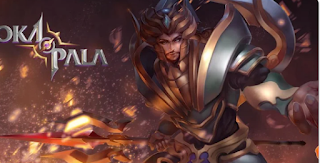 Playing Mobile Legends is an activity that in fact also allows you to play alone. Here are some ways that you can do while playing the game, including:

Play Against A. I Mode

The game mode by fighting A. I mode will provide an opportunity for you to do a 5-on-5 battle, just like other Mobile Legends modes. But here the difference is that you will face the computer. The automatically generated artificial intelligence team is driven by the computer against your team.

This model is deliberately created as a training ground for those who want to try new heroes. Because in this model, game statistics will have no effect at all. In addition, you can also get battle points after playing a match.

You need to know that there are three game modes that you can later choose in this mode. The game modes include brawl, classic, and a draft pick. There are also two difficulty settings, namely normal AI and easy AI

Then you just have to choose the start game and you can immediately choose the hero that you want to use later. You can also play 5 on 5 with your friends on the computer.

For custom-made, this one is very similar to the above model. Even so, there is a fairly basic difference, namely that players can later fight other players in the game. In this mode, players will be able to make settings by choosing who is their friend and who is their opponent.

On the other hand, players can also invite friends to join or add A. I wish the buttons that are already available. Players can also add A.I to the opposing team or make the A. I am a partner for 1 team. Besides that, you can also play alone by fighting A.I.

The rules in this one mode are exactly the same as in the classic model. But here later you will have the freedom to manage the number of players. You can choose to do 1 versus 1 with your friends. Or also 5 versus 5 with other friends. The purpose of the custom mode in Mobile Legend is to try out new heroes and conduct trials on hero build item skills and so on.