Teknoto.net - In the PES game, the formation used will determine the outcome of a match. PES players who have high skills in controlling players are unlikely to be able to play well without an appropriate formation. So, formation is very important.

In the PES world itself, there are several formation options that you can customize to your liking. Be it 4-4-2, 5-3-2, 4-3-3, or other types of costume formations.

However, as reference material, here are some of the best PES formations commonly used by professional PES players in a tournament or match. The following are the best types of PES formations, including:

What are the Best Types of Pes Formation?

This pattern uses 2 central defenders and 2 full-backs who will come forward to help attack and then step down if the team is under attack. In this formation, the full-backs have a very mobile role and need to have high stamina during the game. 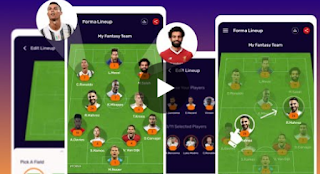 From the midfielder's side. 1 midfielder is usually placed as a DM or defensive midfielder whose job is to cut off the flow of the ball in the event of an attack and also as a liaison between defenders and forwards. The other 2 midfielders are in a more forward position, whether it's as the CMF central midfielder or the AMF attacking midfielder.

While in the front position is filled by 1 pure striker (CF) who is supported by 2 wing attackers. In the 4-4-3 formation, the team's attacks are mostly based on the width of the field. If you use this formation, it is advisable to choose players who have high speed such as Dembele, Mbappe, Neymar or Ronaldo.

The advantage of the 4-4-3 formation when playing PES occurs during the attack process. 2 midfielders who are in the CMF/AMF position will usually open up space, causing empty gaps in the opponent's defense line. Later we can use breakthrough bait to create an opportunity or a goal.

Another formation that is often used by world pes players is 4-4-2. In this formation, balance becomes a very visible factor. The position of 4 defenders supported by 2 central midfielders and 2 wing midfielders makes the attack and defense more stable.

In a 4-4-2 formation. The game relies on the midfield and also the wings. The defensive midfielder is in charge of controlling the ball and setting the tempo of the game according to the team's circumstances.

Meanwhile, 1 other central midfielder is in charge of attacking through the midfield assisted by 2 wingers and 1 striker who usually also goes down to the midfield.

In this formation too, the crossing strategy is usually applied. The ball will be directed directly from the flank to the opponent's penalty box area where there are 2 of our team's strikers waiting for a pass. So, if you use this pattern, it is recommended to use a striker who excels in high balls.

Some people view this formation as a cowardly formation because it places too many players on the backline. But, it's a game, everything is okay, and there are no restrictions.

When using this formation, the team will be waiting for more in the defense area, this strategy is indeed geared towards defensive play.

At a certain point when the ball falls into our hands, as quickly as possible the ball is directed to the forward for a counterattack.

This formation is quite effective if used when you already have a goal advantage over your opponent. You can take advantage of gaps for counter attacks by taking advantage of players who have speed.

0 Response to "Best Formation of Pes"