Teknoto.Net - For some people, playing the PES game on Android is a pleasure in itself and becomes entertainment in their spare time and relieves fatigue after a day of activities.

Although of course, it's not as exciting as playing games on Playstation, playing PES Android is minimal. Yes, instead of having to buy or play games on a Playstation rental, it's better to play PES games on your Android. 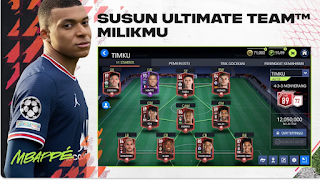 However, for those of you who are used to playing PES on the console, it will usually be difficult and a little less comfortable by playing this game on Android. Apart from having a smaller screen display, playing PES Android also requires the agility of the fingers when pressing the buttons on the smartphone screen.

Well, to make you good at playing PES on Android. Then there are some tricks that can be done to hone your skills in the PES android game. What are they? The following is a review that you can see, among others, namely!

What are the tricks to play PES on Android?

In PES, there are several different menus from the PES game on the console. You can open the menus in PES one by one and then find out what the function of the menu is.

One of the menus in PES Android is the main settings menu. Here you can configure starting from the type of button to be used, whether to use automatic/manual sliding to setting the brightness of the buttons on the screen. This will later support your comfort when playing.

Choosing the Right Team and Formation

You need to choose a team with a good composition of players, both in terms of speed, dribbling, and so on. By choosing a team that has high strength, you will find it easier when playing PES Android.

In addition to the team, the formation you use must also match the pattern of the game you will use. If you like a fast style of play, you can use a 4-3-3 formation that relies more on the wings of play or the width of the field.

For those of you who are new to Android PES, if you feel it is still stiff, you can practice first in practice mode. This is to familiarize you with the characteristics of how to play on PES Android, starting from how to pass, marking, shooting, passing the ball, and also dribbling the ball.

In every match, whether you win or lose, it's also a good idea to evaluate the strategies that have been carried out and the mistakes you made during the match so that you don't do them in the future.

So, playing PES on Android and Playstation has its own advantages and disadvantages. And for those of you who like to play this game on Android, continue to hone your playing skills and take advantage of every event in the game.

In addition, play games sufficiently with the aim that you don't forget other more important activities such as work, school, worship and so on.