What is the Process for Controlling Fire Worms in Oil Palm Plants? 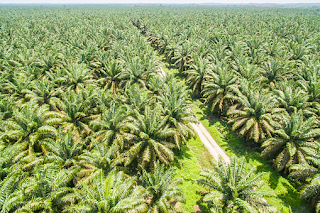 Agriculture - In addition to fungi and other diseases. One of the things that are feared by oil palm farmers is the attack of caterpillar pests. This pest attack will have a direct impact on the productivity of oil palm crops in the future.

There are at least 3 types of caterpillars that often attack oil palm plants, namely caterpillars, bagworms, and caterpillars fire. Each caterpillar has different types so later it must also be distinguished how to handle each.

Especially for fire caterpillars, it has types P Lepida, D trim, S. Asigna, and A Nitens. The distribution of caterpillars in Indonesia is also different, for example, the S. Asigna species generally attack plantations in the Sumatran region. Meanwhile, S Nites are usually more commonly found in the plantation areas of Kalimantan.

In some cases, the caterpillars usually attack the leaves to the stem, they also sometimes attack the young leaves which can later damage agricultural productivity. Caterpillars will be active at dusk until night, during the day they will perch on the midrib of old or dry leaves with the head down (upside down).

Well, to eradicate this pest, several ways can be used to reduce the population of caterpillars or also break the life cycle of these pests. Among the ways to control fire caterpillars are as follows:

How to Control Caterpillars in Oil Palm Plants?

Then later the caterpillars are collected and can be destroyed by burning. This method is quite effective, but you will have a little trouble if the oil palm area is very large. Therefore, it takes collectivity and cooperation from several workers to carry out pest control in this way.

Biological control is controlled by creating parasitoids or predators for these pests. Every living thing is in one food chain, one can eat the other so that the existence of living things is stable, not much, not less.

In the world of rice fields, for example, rat pests will not be able to develop as long as there are many predators of snakes in the fields. Rats as pests will become food for snakes so that the number of pest populations in rice fields can be suppressed.

In controlling caterpillar pests, there are several types of animals that can become caterpillar predators, such as the predator Sycanus dichotomous. It is a type of insect that usually preys on pupae, imago, or larvae in different families.

Several figures stated that chemical control can only be done under certain circumstances. This is done to keep the negative things that can be caused by the chemicals used.

This type of control is generally carried out if there are too many caterpillars to a leaf midrib (range 5-10).

Whereas in oil palm trees that are still low, you can control them by spraying an insecticide solution at a dose of 2cc per 1 liter of water. Meanwhile, for trees that are already tall, this is done by smoking or fogging when the caterpillar is active at night.

0 Response to " What is the Process for Controlling Fire Worms in Oil Palm Plants?"