Know the Types of Brake Fluids and Their Uses on Vehicles 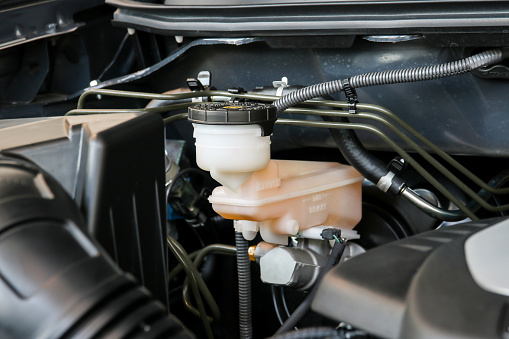 Brake fluid plays an important role in the braking system of motor vehicles. However, do you know the types of brake fluid and what are its uses?

Teknoto.Net - Brake fluid plays an important role in the braking system of motor vehicles. It has a standard DOT (Department of Transportation) code in the form of numbers behind it and different variants. However, do you know the types of brake fluid and what are its uses?

Types of Brake Fluids and Their Uses

Glycol brake fluid is the most widely used and is hygroscopic and highly absorbs water. Its use is only one to two years and then it must be replaced even though the vehicle is rarely used. Glycol has DOT 3, DOT 4, and DOT 5.1 variants.

Silicone brake fluid is used for special needs such as military or competition vehicles. The nature of this oil is hydrophobic, i.e. it rejects water or will not mix with water. This type of brake fluid is considered to last a long time, for example, DOT 5.

DOT is an abbreviation of the Department of Transportation which functions to state the boiling point level of each variant. The higher the boiling point, the better the quality and can be used for more extreme needs.

A lot of water content will lower the boiling point of brake fluid so it will boil faster. Air bubbles that form in the brake fluid when it boils will hinder its performance.

How to Care for Brake Oil

The braking system is an important element in the vehicle. Not only canvas, disc brakes, and calipers, but brake fluid must also be considered.

The brake fluid reservoir should not open and close, even if it is just to add fluid.

Opening the brake fluid reservoir cap can cause the air to have a high level of humidity and risk adding moisture to the system. The performance of the brake fluid will be disrupted as a whole including the boiling point to be not optimal.

Replacement of brake fluid by means of circulation, namely filling new brake fluid while removing the old fluid, so it doesn't dry out. Routinely check the brake fluid reservoir by checking the limit on the tube. If it is reduced, you should immediately replace it directly at a trusted car or motorcycle repair shop.

Until here reviews the types of brake fluid and its designation. Always take care of your vehicle to keep it safe and comfortable.