What is the Salary of Programmers in Indonesia

Teknoto.Net - What is the Salary of Programmers in Indonesia, Over time, every company will certainly continue to look for the best talent who can run a profession with a background in information technology or known as IT. With time, the variety of jobs engaged in technology is also increasing. Some professions are in great demand, namely Programmers, where this profession is very much needed, there are also new job titles, including SEO Specialist, which is much needed by companies.

Talking about jobs that are engaged in programmers, did you know that this job has a fairly large salary! So there is no doubt if you get a job offer in that field.

So what is the usual salary for programmers? Curious about the salaries of the best programmers. Let's just take a look at the full discussion below. 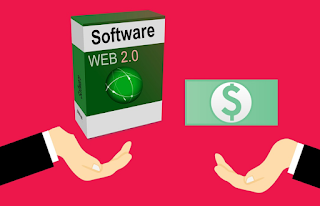 What is a Programmer?

Programmers are people who work in the IT field. As a programmer, you must be able to write code and understand algorithms. This section is also an important component in a company that uses IT for work systems. In general, programmers must also master at least their knowledge well. However, programmers who can understand programming languages ​​are certainly more sought after by companies.

Even in a developing era like today, there are many big companies such as banking and oil and gas that are still trying to find talented talents who can fill programmer positions.

Get to know the IT Professions that are Most Wanted

3. Mobile Developer: By having a profession as a developer, we are required to understand programming languages ​​rather than programmers. Developers are also not only able to solve problems in programmers but must be able to build a product. With the support of today's technological sophistication, the position of Developer is most needed, especially Mobile Developer. Because he has a task in making software that can be used on smartphones.

How Much Programmer Salary?

As explained above, the position as a programmer is a position that is sought after by companies, especially if we know the IT field, especially programming, the greater the opportunity for us to be accepted in large companies.

In general, the initial salary by occupying a position as a programmer you will be given a salary of 28,200,000 per year but for employees who have qualified skills with extensive experience in the field, the salary is in the range of 107,100,000 per year.

So, that's our discussion on this occasion, hopefully, it will be useful and see you again.

0 Response to "What is the Salary of Programmers in Indonesia"