The Tasks of Programmers that You Need to Know

Teknoto.Net - The Tasks of Programmers that You Need to Know, In this era that has developed rapidly, indeed everything is completely sophisticated, especially coupled with the presence of technological sophistication that makes it easier for us to do things. Talking about technological developments that are increasingly sophisticated, the IT world has recently been growing. The emergence of startups and companies engaged in technology is one of the reasons.

This also certainly makes the need in every company for a programmer higher. Even with these high conditions, programming with the best skills is being hunted by many big companies. Given the number of programmers that are not proportional to the amount they need, it's no wonder that companies and startups are willing to spend quite a lot of money to pay for their services, some even exceed the CEO.

Interested in studying the position? Immediately, let's see the explanation below about the tasks of programmers that you must know. 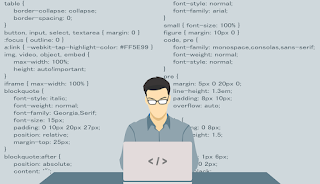 A programmer is someone with the expertise to write code in creating software on computers. The term of this job leads to a specialist in computer programming languages. And in some companies, this position is generally referred to as a software engineer.

The position of a programmer is also highly sought after because they have skills in writing code for the creation of a new project or feature that will occur. A programmer's job is to create code and turn it into a set of instructions that the computer can follow. If you have written, then the next set of instructions will produce interactions that exist in each application or other software. Even if you outline, a programmer has a role in the process of designing, debugging, or troubleshooting, maintaining code, and testing. But their main task is to make a program by producing a certain behavior.

The Duties of a Programmer

The task of a programmer is to design the appearance of the program. This allows the programmer to sketch an application allure in general by going through a flowchart or commonly called a graphical display.

Defining the existence of a need is the most important task that needs to be done by a programmer before continuing the task of making applications. This is also very much needed as a form of assessment of the level of user satisfaction after using the created application. Not only that, but programmers must also be able to determine the type of platform and other tools to be used in implementing an application.

Program testing is a programmer's task, where the application has been created and is about to be published to users. With this, applications that have been created can have many benefits for users.

So that's the job of a programmer that you should know if you are interested in working in the IT world, especially in the programming field.