Teknoto.Net - Sony A6000 Mirrorless Review - This time I want to discuss user reviews of Sony A6000 mirrorless camera. In this article, I will review the Mirrorless Sony A600. I started using this camera in February 2017. So as of this writing, I have been using the Sony A6000 camera for more than 4 years. 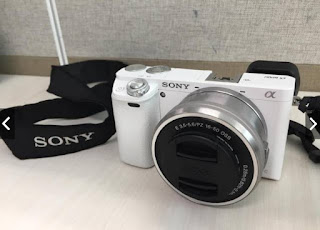 What are the specifications of the Sony A6000 Mirrorless Camera?

· Small in size and light in weight compared to DSLR cameras

Has a sensor size like a DSLR camera with an APS-C sensor, which is 16 x 24 mm

· Has a photo speed of 11 frames per second.

· Has an electronic viewfinder (EVF or Electronic View Finder)

· Has hot shoe for flash connector and other accessories

· Has an LCD that can be rotated 90 degrees.

· Have a Wifi and NFC connection

· Has additional applications that can be installed via Sony PlayMemories

I am quite satisfied with the photos from the Sony A6000 camera. For landscape photography, I can get colors that are quite refreshing to the eye. The following are photos of the scenery at Lake Matano, South Sulawesi using a Sony A6000 camera. I used the Sony 16-50mm OSS built-in lens.

0 Response to "Sony A6000 Mirrorless Review"