Setting Sony A6000 To Get Perfect Image Results

Teknoto.net - Setting Sony A6000 To Get Perfect Image Results - Sony is second to none in producing cameras. The most in-demand at this time is the Sony A6000 DSLR camera. The first time you see it, you will be amazed. With two dials on this camera, it appears parallel and level with the camera. This makes the DSLR A6000 camera different from other cameras. 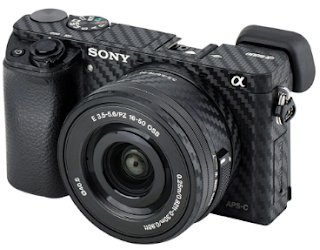 How Can You Use Aperture Priority to Achieve Ideal Photos?

Using a mirrorless or DSLR camera, Aperture Priority mode (mode A) might be a mode that can help you adapt to cameras, including the Sony A6000. Aperture Priority here is a shooting mode to adjust the level of light entering the sensor via the shutter. Sony A6000 settings are useful for avoiding both under-exposure and over-exposure.

Once you get used to it, it's time for you to explore the Sony A6000 that you just bought. To use it, you have to rotate and select M (Manual) mode on the dial. With this mode, you can learn to operate the camera with the skills you have. You can play around with the speed to ISO to adjust the brightness of the photo, and experiment with several photo techniques, from panning to long exposure to zoom blur.

Take advantage of the Default Setting Feature for Shooting

There are a few buttons and features that you should know more about. On the Sony A6000, there is a shortcut key (Fn) to speed up camera settings. You can directly access several camera settings such as AWB, ISO, autofocus mode (autofocus), focus area, to metering.

In addition, to expand the range of standard lenses. You can also use the Clear Image Zoom and Digital Zoom features. Both of these features are quite useful if you only have one lens and are pressed for a longer range.

0 Response to "Setting Sony A6000 To Get Perfect Image Results"