Excellence In Sony A6000 Cameras

Teknoto.net - Excellence In Sony A6000 Cameras - It's been years since Sony released its a6000 mirrorless camera the company now has three successors but as the originals dropped to around 7 million, it's a great camera for amateurs looking to get into the world of interchangeable lens cameras. With a 24-megapixel sensor, fast autofocus system, and high-speed continuous shooting, the a6000 can generally keep up with fast-moving subjects. 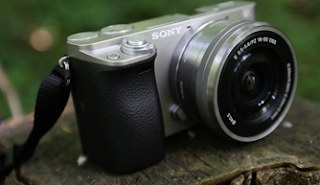 If you are photographing children playing on the lawn or at a local football match, the a6000 might be a perfect fit. The Sony a6000 is a solid general-use camera that does a lot, making it one of the best mirrorless cameras you can buy, especially for beginners. And, despite its age, it's one of the best cameras.

Measuring 4.8 x 2.9 x 1.9 inches, the a6000's body is extremely compact and about half the size of the average body of a mainstream DSLR. Made of composite materials, the body is light at 12.1 ounces but feels solid. The grip of the a6000 is comfortable to hold, even for those with bigger hands.

Unlike some other mirrorless models that don't have an electronic viewfinder (EVF) or onboard flash (or both), the a6000 comes with both. At 800 x 600, the a6000's OLED (organic light-emitting diode) EVF has a rather low resolution but is still more than adequate. The camera settings are clear, and the EVF does not darken during high-speed continuous shooting.

So you can always see your subject. A sensor near the eyepiece triggers the camera to shift the view from the rear LCD to the EVF when you raise the camera to your eye. But the a6000's mechanism is easy to trigger when something approaches it. And the slightest hesitation in switching between the two display screens is frustrating.

The multitude of controls and custom options on the Sony a6000 can be overwhelming at first, but it allows enthusiasts to set the camera precisely to their liking. Featuring two dials, one wheel and nine buttons, the camera's compact body makes almost everything within easy reach.

Apart from two dedicated user-definable buttons, other controls are also customizable. For example, the Fn button calls up the on-screen menu with your choice of up to 12 functions for easy access. Thus a review of the Sony A6000 Camera Excellence may be useful.

0 Response to "Excellence In Sony A6000 Cameras"