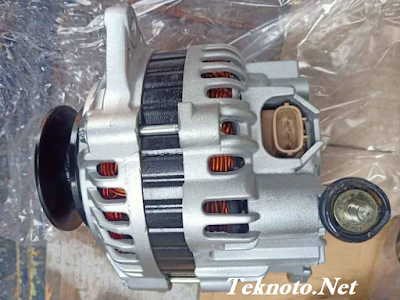 Teknoto.Net - The alternator is one of the most vital and important car parts that you should pay attention to.

All vehicles are equipped with batteries but batteries cannot cover all the electrical needs of long-term vehicles including turning on engine ignition without an Alternator.

Alternators can convert rotary energy into electrical energy and can maintain and meet the electric needs of vehicles along the way, not only that the alternator is also able to charge the electric current on the battery along the road and all the time as long as the vehicle is turned on.

When the alternator arrives, the engine slowly breaks down or stops because the ignition in the fuel compression chamber is stopped so weak that the engine fails to compress.

How to Check For Problematic Alternators 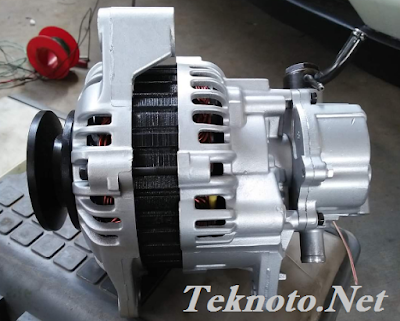 Before the problem arises you should recognize the symptoms of problems that usually occur when the vehicle alternator is problematic, you can do it yourself easily do not need to go to the workshop, let's go ahead.

If your car engine turns off after the positive cable (+) on your vehicle's battery terminal is removed then it is certain that your alternator is problematic.

If your car alternator is problematic after you do a thorough check then you can do repairs to the alternator with various causes of damaged alternator part components. If you want to be fast and do not have to be complicated you can buy a new alternator.

Once you know the sign of the alternator of the car or vehicle problem is expected you can check or repair your alternator before your car stops or breaks down due to a problem alternator.

0 Response to "Signs of Troubled Alternators"