Cause The Car Battery Runs Out On Its Own 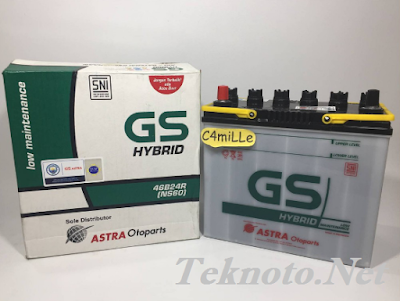 Teknoto.Net - Battery or car battery quickly runs out of course so the problem let alone after going to use the car engine starter car does not live.

The car battery is one of the most important components, the car battery serves to turn on the first time the car is turned on. If the car battery drops or the electric current is reduced then your car starter is not strong and the car engine will have difficulty living.

If the car uses a carburetor system then if your car battery drops you can do it by pushing the car and while inserted two teeth by simultaneously stepping on the clutch, then when it is on the road then remove the clutch pedal and the engine will come back to life because the compression system of the carburetor engine is very simple that the electric current of the alternator and fuel can be compressed with the fuel line that is carburized through the carburetor.

The cause of the car battery quickly drop..?

Car battery drop is certainly a problem because of many factors problems in the supporting part component, here are the problems why car batteries quickly drop:

1. The existence of electronic features that are still alive you may forget to turn it off, for example, interior lights, city lights, door lights, and others.

2. The possibility of an electrical short circuit.

An alternator is damaged if forced then your car battery will be quickly damaged and fast drop, then you should fix or replace it with a new alternator.

If your car battery drops it doesn't mean your battery is damaged but some possible part components may be problematic and you can confirm it first before you replace your car battery with a new battery.