Types of damage to used cars that often occur 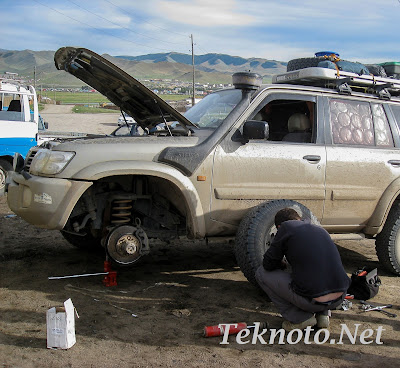 Even so, the car needs more maintenance than the motorcycle. That's because cars have more components than motorcycles. Therefore before your car experiences any problems or damage, it is good to know the types of damage to the car as an anticipation step.

Types of Damage To Cars

As we know if the car is a vehicle that has many facilities such as air conditioning and DVD Player, it is no wonder that this car has the possibility of more damage. Here are the kinds of general damage to the car that you need to know.

So this is the type of damage that is most often experienced in cars, namely problems in air conditioner compressors. Components in this car serve to help the circulation of freon to cool the temperature in the car. Where if this component is damaged it will have an impact on the comfort of the passengers who are in it.

If the damage is too severe then the ac compresses must be replaced. The cost of the change can be said to be quite expensive starting from 2.5 million can even be more than that. This is inversely proportional if the damage is freon because it only costs hundreds of thousands to replace it.

This one component is useful for tying cylinders on the engine. Meanwhile, the main function of the gasket head is to prevent leakage in the oil as well as play a role to cool the engine temperature so that it does not overheat.

The cost of repairing the gasket head is relatively cheap only around hundreds of thousands. However, in some cases, head gasket damage is also in line with damage to other components which makes repair costs more expensive.

As a motorized vehicle, of course, the car will not be able to escape from engine damage. Generally, this type of damage can occur due to poor maintenance, careless use, or because of the age of the car that is indeed old.

Moreover, damage to the engine can also sometimes spread to other car components. This type of damage can occur for various reasons, so the cost of repairs that must be in the room also varies depending on the level of damage that is experienced.

The next type of damage that also needs to be noticed by the owners of the vehicle is on the legs of the car. Various important components such as ball joint, arm, tie rod and components require replacement costs that are not cheap, yak no can reach tens of millions. This type of damage can arise because cars are often forced to pass through steep and damaged roads.

Well, that's some kind of damage to the car that you need to know. Once you know it, then you can anticipate it so that the damage never happens.